With a voice and live performance which triumphed over 600+ acts in a nationwide competition to support Ed Sheeran; Caswell and her band are without doubt one of the most exciting and dynamic live acts of the moment. Hailing from Suffolk, the journey began as a preteen writing songs on a second-hand piano after watching a musical episode of Buffy The Vampire Slayer.

Ten years on Caswell debuted her first works, which quickly accumulated 400k+ Spotify streams and features on playlists Fresh Finds, New Music Friday and Chilled Pop Hits. Her single ‘Dance Sober’ caught the eye of ITV producers and was then used on This Morning for a fashion feature, with presenter Holly Willoughby describing it as “What we’re loving at the moment”. Soon after, Caswell opened for Pixie Geldof and Arlissa and was selected by BBC Introducing to play Latitude 2018, after which she was listed as a festival highlight on the official website alongside acts Wolf Alice and alt-J.

The rise continued in 2019 with PRS Foundation endorsement by way of the Women Make Music award, which saw the release of her sophomore EP Blindside fronted by three sold-out launch shows. Backing from the BBC also continued to deepen its roots, as she snapped up slots at Reading and Leeds Festivals via Introducing and gained radio support from DJs at BBC Radio 1, BBC Radio 1Xtra and BBC 6 Music.

Following the success of her battle of the bands win to support Ed Sheeran, Caswell made TV appearances on BBC News at 6 and ITV News Anglia before going on to open for the megastar alongside Lewis Capaldi in front of 40,000 on the closing night of his record-breaking Divide world tour. After accumulating 1mil+ DSP streams and a writing credit on Top 10 German radio hit ‘All I Need’ by Michael Schulte over lockdown, Caswell is back to releasing, having made a triumphant return with new single ‘The Lights’ (out November 9th) and more music set for 2023.

Caswell returns from a lockdown-induced hiatus with a fresh and energised single “The Lights”. A self-managed and self-funded artist, after Caswell was successful in an application for a funded writing retreat she headed to the coast in her native county of Suffolk for a week in April. On the grounds of The Red House, a historic site in Aldeburgh which was once home to famous composer Benjamin Britten, Caswell and her live band co-wrote for the first time determined to keep things as DIY as possible. Invites were extended only to core Caswell collaborators, including Jake Alder who you features on “The Lights” production.

Sparked by a D’n’B type-beat thrashed out on the kit, Caswell wove a narrative charged with vulnerability and honesty. Explaining the meaning behind the lyrical sentiment; “It works on a two dimensional level. That feeling you get ‘the next morning’ when you feel exposed & vulnerable. It’s also this metaphor of being able to present your flaws and insecurities to a significant other, wondering if they will still be there for the mundanities of everyday life. It’s about the hope of being able to be your authentic-self.”

Listen to The Lights here 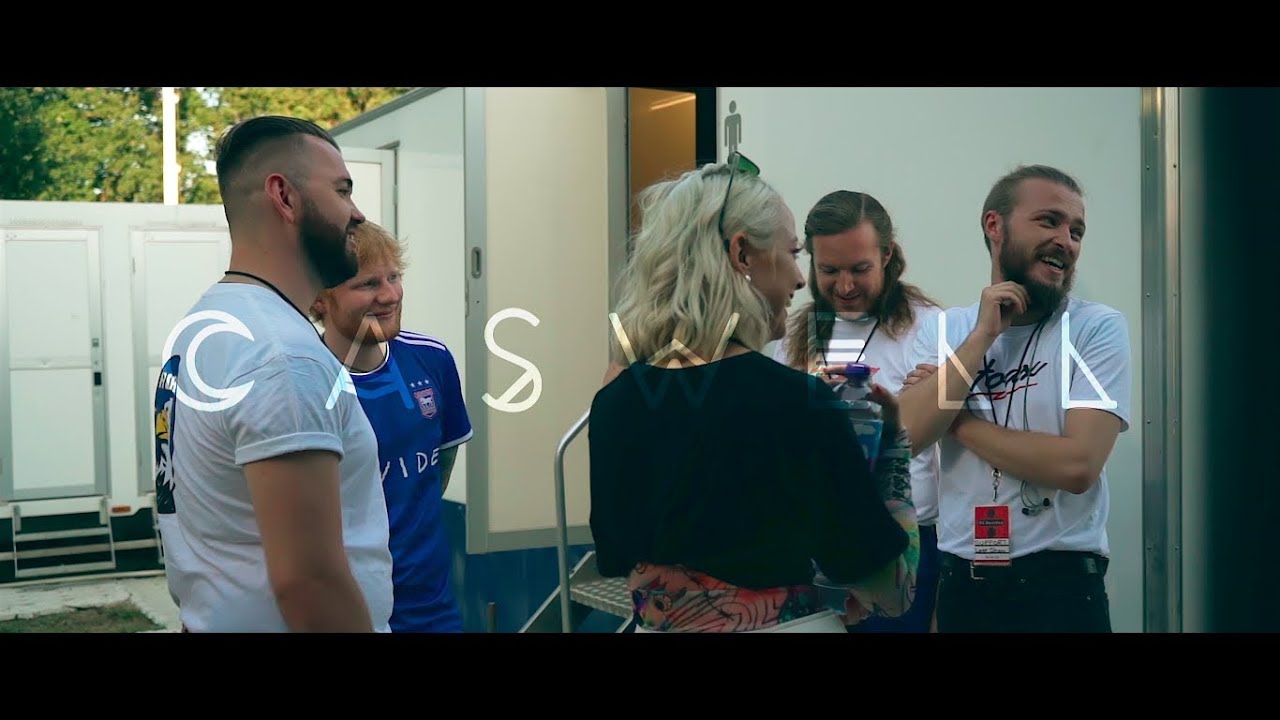 “London’s newest superstar. What she creates is beautiful and moving, and if you’re not already rooting for Caswell, you should be.”

The Line Of Best Fit

Record of the Day

“The first thing that hits you is that voice.”

“Fusing past with present, classic songwriting with aural possibilities, the pop newcomer has swiftly become a viral success.”